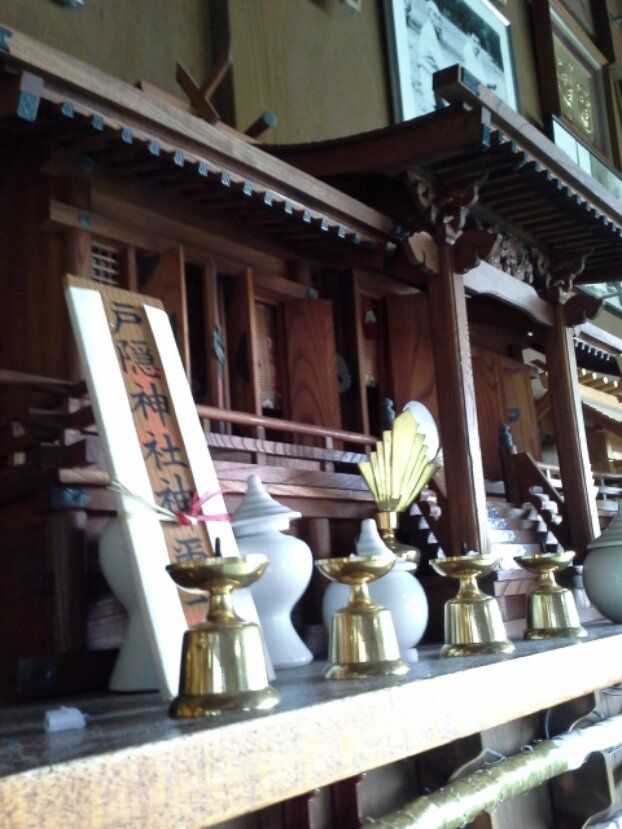 This has been a tremendous trip this time again and I have enough to study and train for the next four months before I come back.Today was my last class with Sôke and because of that I was asked to open the ball, in fact the first five dances were for me.

It is pointless to repeat here that after each technique I did, his interpretation was far beyond my understanding. He always does it, and I’m always hoping that his movement will be reachable. It’s not.Being uke with sensei is like going back to kindergarten. Nothing to feel, nothing to understand, only the feeling that attacking him was really a bad idea. No strength from his part, and no chance of survival from mine.

Luckily sensei speaks a lot. And today (but also during all the other classes), he spoke about Juppô Sesshô no jutsu. Since 2003, and the sanjigen no sekai we started the Juppô Sesshô cycle. This cycle is still on and it is really the highest form of expression of budô. I wonder how many other material arts teachers have mastered this superior form, no one other than Hatsumi sensei I guess. Nagato sensei commented that Takamatsu never taught sensei any of the Tsurugi, but he told him that when the time come, he would know how to deal with this weapon. Takamatsu sensei was right.

Commenting one of his movements Sôke said that he was zero and that zero is ten, which in turn is Juppô Sesshô. “Zero is ten” means that after nine we go back to zero (10 = 1 + 0), this is a new beginning (like with the 42 cycle – read previous post).

By being zero in the movement you can adapt to any change in uke ‘s attitude. By not having any intention yourself, by being zero, you can overcome any attack without strength, or speed.

Sensei added that the use of strength and speed was a “childish conception of martial arts”. Real budô is about moving naturally, walking without hurry. Slow motion is the essence of budô. This is particularly true when the same taijutsu techniques are applied with weapons. And today we also used both the bô and the Tsurugi with the same taijutsu movements.

During the morning class, Nagato sensei repeated once again that in budô we don’t try to make it look good. In a real fight it is simply about efficiency. And if it looks good, it’s a bonus.Kûkan is everything and sensei said that by changing the angle of our footwork, we can increase the Kûkan. Space and timing define Kûkan. Then in this new increased Kûkan, the weapons can be drawn easily. In taijutsu close distance is possible but when dealing with weapons, our distance must be adjusted to the size of our weapons.

The Bujinkan is a fantastic martial art system, and it is quite simple after all. But to make it simple, in appearance, is quite difficult.Today, the last class with sensei was simply a difficult one.

In the morning, Nagato sensei, with a smile on his face, kept repeating 簡単 kantan desu (it’s easy) but maybe he was trying to say 感歎 kantan desu (astonishing)!

Each trip for me is a permanent astonishment, I learn more about myself, about my errors and misconceptions, and I always feel I’m richer after sweating in the dôjô with sensei and the Shihan than before coming here.

Bergson said that “to exist is to change, to change is to mature, to mature is to go on creating oneself endlessly”.  So I guess that each trip makes my existence a little better and that it is helping me to create myself a little more.

Thank you sensei for having created this opportunity for us and to have shared it with the world.