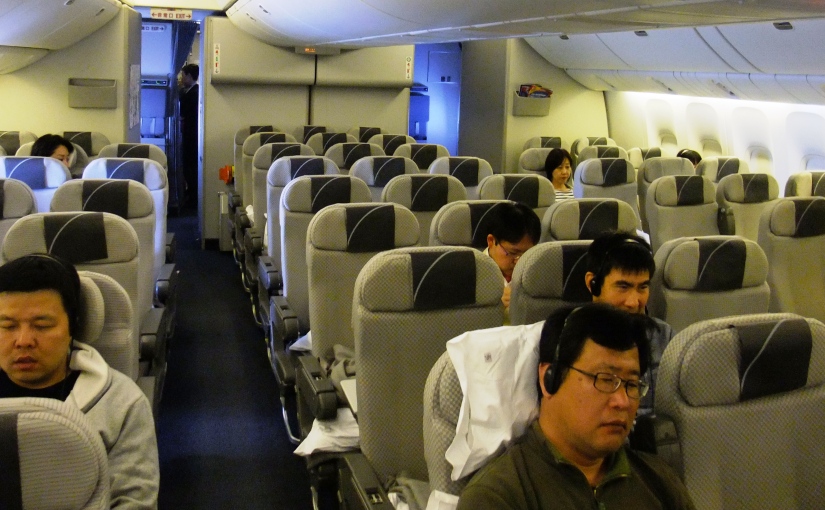 On Wednesday night at the airport it seems that the world has changed.

When I entered the boarding gate the room was empty or nearly. This is what one month of media howling have done! The news have been exaggerating so much the radioactive situation here in Tokyo that the whole world has the feeling that Japan is forbidden to go to. Once again I do not try to minimize the gravity of what happened but as Takamatsu sensei said:  “By opening his eyes and his mind, the ninja can responsively follow the subtle seasons and reasons of heaven, changing just as change is necessary, adapting always, so that in the end there is no such thing as surprise for the ninja”. So following Takamatsu sensei’s words please adapt to the misinformation and learn to read where the real dangers are. Fukushima Daiichi is a real problem but the radioactivity in Tokyo is far under the limits. Actually it is well under many other areas in Europe.

But let’s be honest, as a standard Frenchman  I love it when I have the feeling that I belong to some privilege group of people. And yesterday it seemed to me that I was belonging to the privileged group of “those allowed to fly to Japan!”

The plane, a Boeing 377-300 – no doubt the best flying machine in the sky these days – also was empty. I could have guessed it, though! and it reminded me of my early business years where I flew back from the Middle East one night with only 13 others persons. I love empty planes.

A B-777/300 can host 272 passengers and needs 13 crew members and 3 pilots to operate. We were 108 passengers traveling which, apart from the Buddhist symbol of 108, represents more than 1 stewardess per person!

The flight with JAL was awesome because:

It was like being a VIP or living in some kind of a dream.

Only because of the “nuclear terror auction” spread by the media since the catastrophe. For weeks they were not speaking about the 260000 people that lost everything but about something that sells more: “the terrible nuclear accident”. They got so much our attention that in the plane there were only Japanese people and nearly no one from Europe going to Japan and I guess that it will not change soon.

Training bujinkan is about learning to make good choices in life. Did you make a good choice recently?

One thought on “Tokyo VIP travel”