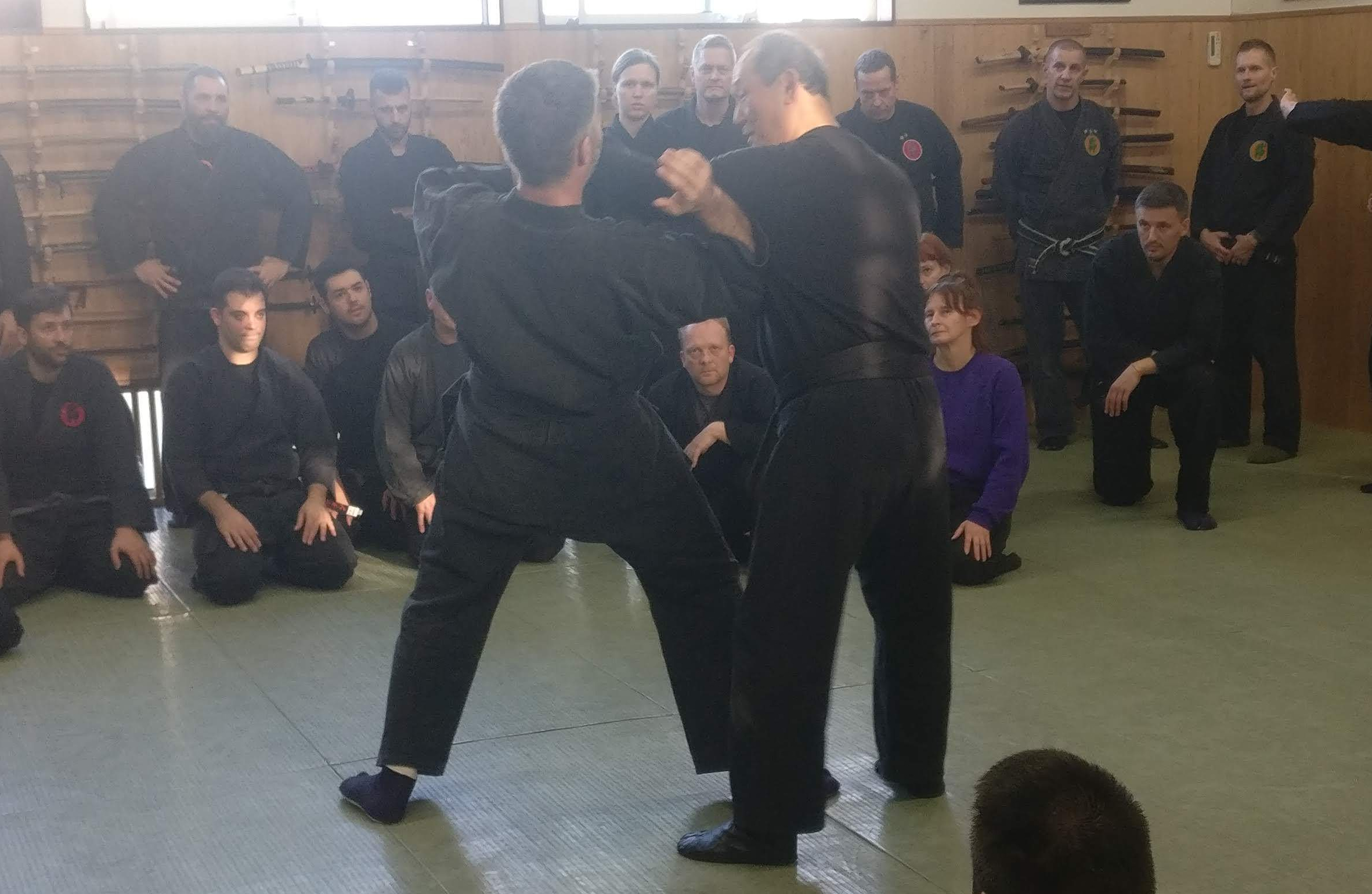 Precise footwork is what defines better the taijutsu of Nagato Sensei. We had a long session of Taijutsu where we “wrapped” Uke, taking his balance in many directions. François, a newly promoted Shidōshi had a long flying and crashing meeting on that day.

Hatsumi sensei wants us to “control” the attacker and space during the fight. This was a fantastic demonstration on how to do that. The techniques unfolding one after another, it seemed that Nagato sensei was a leaf in the wind. When you know his body shape, it is interesting. James Garcia recently wrote: “someone commented on how muscular Nagato was. He said, “yes, but with Taijutsu, you don’t need muscles.” There was no strength, only footwork.

During the break, he spokes of his relationship with Sōke. He said he was following him like the bug holding the tail of a horse and moving with him. Applied to his taijutsu, it was the same. The attacker was the horse, Nagato sensei, the bug. And whatever the opponent was doing, the control was total.

At the end of the class, Nagato did some hanbō jutsu. On a fist attack, Nagato sensei put the weapon vertical to the outside of the arm, protecting himself. It was like a high tate no kamae. (1)

This point of contact was the fulcrum. From there, he would counter attack, moving from the outside of the first to the outside in a sort of tsuke iri. (2)

That was a simple and efficient movement in one flow. What amazed me was that with this simple action, Nagato sensei was taking advantage of every opening created by Uke.

He insisted on the importance of shielding your body behind the hanbō with Tō Toku no kamae. (3) Hatsumi sensei said many times this year that there is no attack. You do not fight back, tatakai wa Janai. (4) You do not leave any suki available to the opponent. (5)

Staying out of reach is how you can control Uke’s and turn his actions to your benefit. Remember Tō Toku, it is a vital part of taijutsu.

One thought on “Control With Tō Toku”