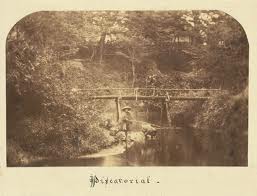 Last week Hatsumi sensei said that we must know fight like gentlemen using no strength but only adapting our body to uke’s attacks but with some kind of high class touch. We do not want to fight but we do not want to hurt either.

Later during the class he spoke of his movements as being similar to catching a fish on a line, chôgyo (1). When fishing you put a bait on the hook. The fish bite the bait and hooks himself. but the quality of the hookig depends on your ability to read the fish intentions. If you pull the fish too early, the fish is free. If you let go  the line then he gets free. This is the same in the technique you have to keep the connection with uke, “En no kirinai”, don’t sever the connection with him. When you receive the attack you have to play with uke’s intention be soft and strong alternatively in order to create a kûkan (5). By using these in/yo tensions you create the conditions of his downfall. but if you begin to apply a “waza” you lose the connection and uke is free to attack or to go again. The subtlety of the connection is like an invisible magnetic field keeping uke prisoner of his own intentions.

Your movements must not be technical but solely based upon the feeling of uke’s tensions. The speed of your reactions and the actions you take afterwards are dictated not by your brain but by the quality of your connection to the situation.

Like the dragon of the koteki ryûda juppô sesshô, you see the whole picture from a superior point of view and you answer silently to the question asked by your opponent’s body. Assuming this superior distance to the fight gives you the freedom to react naturally in the space created. But moving at the exact moment requires a lot of courage. If you move too early the attack will not unroll properly and uke will take advantage of the wrong timing to counter it. If you move too late you get killed or injured.

To become the perfect “fisherman” (8) Sensei wants us to become; and to fish (1) uke correctly you have to get this “imperial attitude” and superior guts, chôgyo 腸御(2+3). The space created, kûkan (5) will bring uke into kûkan 空勘 (6+4) the “perception of emptiness” where he will lose himself as he will not be able to find his way out. This feeling is the one you have when Sensei takes you as uke. There is nothing, this is apparently pure emptiness, but there is nothing you can do.

Once you are a true Imperial fisherman, gyofu (8), you can enjoy kugyo (7) and eat the fish (uke).

One thought on “Gyofu: We Are Imperial Fishermen”