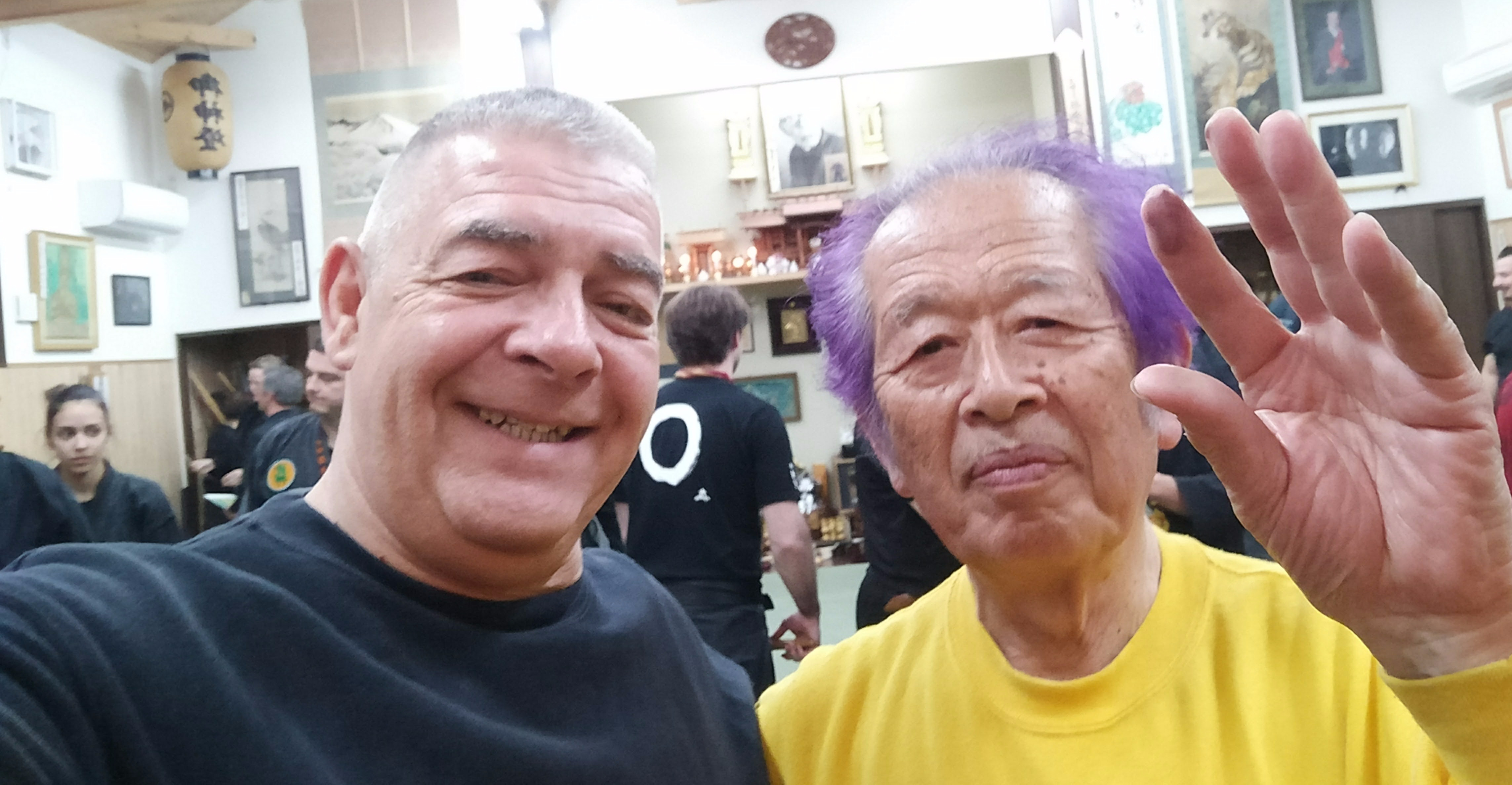 強弱柔剛あるベからず
“Kyojaku Jūgo Arubekarazu”
One must not depend on strength or weakness, or softness or hardness.
It is a sentence from Toda Shinryūken Masamitsu, Takamatsu sensei’s uncle. (1)
And Hatsumi Sensei repeated it once again in his last class when he was explaining the importance of moving slowly without stopping. Some Bujinkan members misunderstand the “moving slowly” for softness. That is not the case. By moving slowly, you control the movements of the attacker.
When you fight, you are one, the Ten, the Chi, and the Jin are united. Your actions become holistic in the sense that you now move as a whole. (2)
You can achieve this unity when your expression of the Tenchijin is not “3” anymore, but “1”. Once you are “1”, you can achieve “0.”
This is how I understand the “Kyojaku Jūgo Arubekarazu.” At this level of no-waza, there is nothing; you emit nothing, you have no plan, you are surfing the waves of Uke’s intentions without thinking. If you depend on those dualistic concepts of strong/weak; soft/hard; fast/slow, you cannot be zero. The control of the space is not even conscious; it is there because you manifest it by nor trying to do anything. Later during the same class, Sensei referred to Fudōshin: the state of nothingness is part of the control you impose to Uke. (3)
The zero state of Fudōshin is only possible when you disappear to yourself. Having no intention yourself, Uke is alone, fighting his self.
He is the question and the answer. The more he tries, the more chances you have to control his movements and his brain and to defeat him. You are in control, only mirroring and completing his actions.
Henka means “change”, but as Sensei explained, the word “Henka” is, in fact, two Kanji put together: “Hen” and “Ka”. (4)
They both translate as “change,” but Hen means the beginning of change, and Ka, the end of change. They complete themselves, like in-yō. There is no duality, only completion.
In other words, when you apply “Kyojaku Jūgo Arubekarazu”, you understand that Uke’s change (Hen) calls for your change (Ka). Uke begins, you finish. That is the nature of the control of space that we learn with Hatsumi Sensei these days in class. Here at the Honbu, there is a lot to learn, if you listen carefully and research the hidden meanings of the words and expressions used by Sōke.
As Sensei says: “Ninjutsu teaches you how to read between the lines”. Maybe it is time for you to begin to read the invisible.
______________________
1- Reminder for the newcomers on this blog. No, Toda wasn’t Takamatsu sensei’s grandfather but his uncle. The misunderstanding goes back to the beginning of the Bujinkan when a translator mistranslated Oji (uncle, 伯父) for Ōji (Grandfather祖父). Once again it shows the importance of the correct pronunciation.
2- Holistic: http://www.learnersdictionary.com/definition/holistic
3- Fudōshin: https://en.wikipedia.org/wiki/Fud%C5%8Dshin
4- Henka: 変化, change; variation; alteration; mutation; transition; transformation; transfiguration; metamorphosis​. 変 = beginning of change; 化, action of making something, end of change